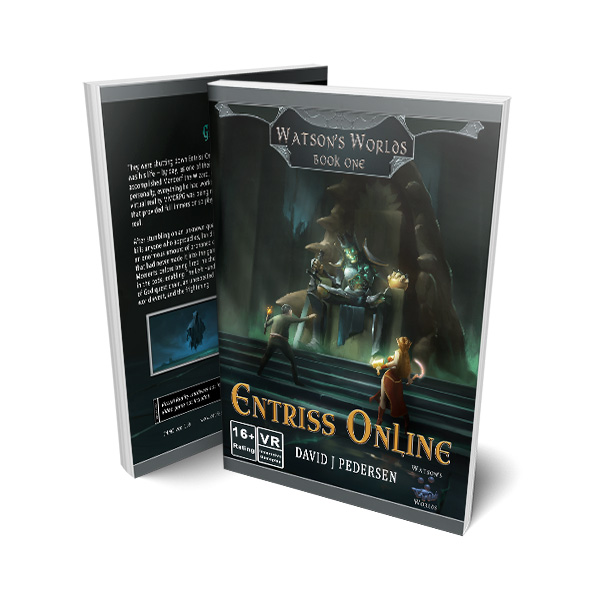 A one-time price of $15.99 will be added to your order.
3 Left in Stock
Manufacturer: David J. Pedersen

They were shutting down Entriss Online, and Ian had no way to stop them. The game was his life — by day, as one of their lead developers; by night, gaming as the accomplished Mandorf the Wizard. After years of leveling up, both professionally and personally, everything he had worked for was going to end. His goggles-and-gloves virtual reality MMORPG was being replaced with Everyworld Online, a next-gen game that provided full immersion so players could experience a world that looks and feels real.

After stumbling on an unknown quest that kills anyone who approaches, Ian discovers an enormous amount of orphaned code that had never made it into the game. Moments before being fired, he checks in the code, enabling The Left Hand of God quest chain, an unexpected world event, and the frightening reality of a fully immersive Entriss Online.