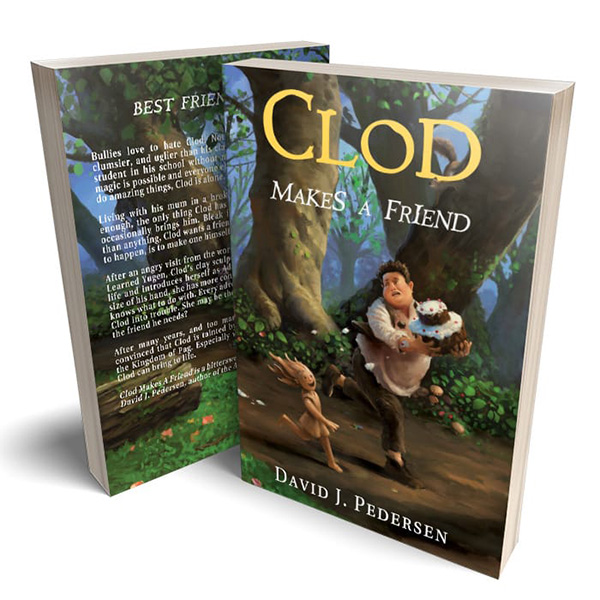 A one-time price of $9.99 will be added to your order.
10 Left in Stock
Manufacturer: David J. Pedersen

Bullies love to hate Clod. Not just because he’s bigger, clumsier, and uglier than his classmates – he’s also the only student in his school without magic. In a world where all magic is possible and everyone else is born with great gifts to do amazing things, Clod is alone.

Living with his mum in a broken-down cottage on barely enough, the only thing Clod has to play with is the clay she occasionally brings him. Bleak is an understatement. More than anything, Clod wants a friend. The only way that’s going to happen, is to make one himself.

After an angry visit from the worst of the bullies, his teacher Learned Yugen, Clod’s clay sculpture of a little girl comes to life and introduces herself as Ada. For a clay girl barely the size of his hand, she has more confidence and courage than he knows what to do with. Every adventure she leads him on gets Clod into trouble. She may be the friend he wants, but is she the friend he needs?

After many years, and too many pranks, Yugen becomes convinced that Clod is tainted by the evil slowly infiltrating the Kingdom of Pag. Especially when Ada isn’t the only one Clod can bring to life.

Clod Makes A Friend is a bittersweet fairy tale for ages 8+ from David J. Pedersen, author of the Angst series of fantasy novels.